9 Books That Will Define The Next 20 Years of Marketing

I’m frequently approached by people who want to know more about data-driven marketing.

The internet has lots of great resources (GrowthHackers.com and GrowthHacker.tv are two of my personal favorites), but it’s hard to learn growth from just blog posts and interviews.

Over the last five years, I’ve read literally hundreds of books about marketing and business. Many had a direct impact on my work, and most left me with at least one or two big takeaways, but just a few stood out as evergreen resources that I recommend to friends and keep on my bookshelf for reference (actually, that’s not true - I keep them on my Kindle app).

In my opinion, these nine books - some new, some classics - will define the next twenty years of marketing. 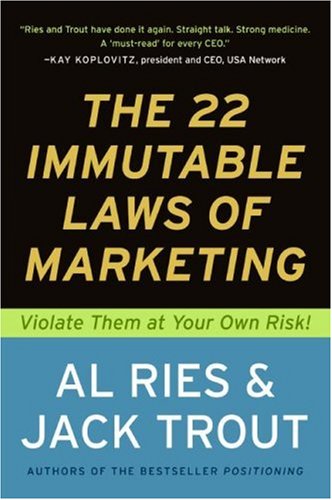 by Al Ries and Jack Trout

Pop quiz: Who was the first person to fly solo across the Atlantic Ocean? Simple, that was Charles Lindbergh.

Now for a harder question: Who was the second person to complete this feat?

Who knows? They were second, and history has forgotten them.

Particularly in marketing, first in the field really is half the battle. But does that mean all hope is lost if your competition launched before you?

Not quite: you can create a new field. Going back to our quiz, do you know the third person to fly solo across the Atlantic?

One of the first books I ever read on marketing, this gem is filled with memorable stories to help you learn the fundamentals of marketing. If you like this book, Al Ries and Jack Trout have both published a number of other worthy books.

Remember those popular photos of Detroit? Vast, empty buildings show a ghost town of haunting splendor. Drawing us in, we click through dozens of photos and share with our friends.

Since each image loads on a new page, articles like this drive significantly more pageviews (and thus more ad revenue) than a normal one page article. And the haunting beauty of this empty town drives lots of social traffic.

There’s just one problem: Detroit isn’t empty. On the contrary, it’s teeming with people and animals (as many as 650,000 feral cats, by some estimates).

When we read news on a website or in a magazine, we’d like to think that we’re reading the truth, but the reality is that many news publications care more about eyeballs than they do about truth.

In this telling book, Ryan Holiday explains how our broken PR system works - and how he manipulates it to drive attention for the companies that hire him. Incidentally, Ryan Holiday also wrote two other books: Growth Hacker Marketing (which introduced me to the world of “growth hacking”) and The Obstacle is the Way (just published - on my reading list). 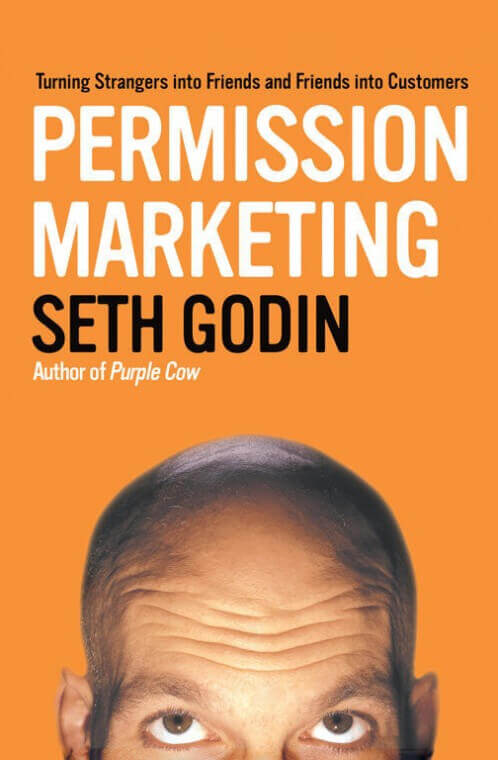 When P&G first launched Crisco more than a century ago, they didn’t start with a flashy advertising campaign. They started with what we might call a “grassroots” campaign.

P&G reached out to the railways and paid them to use Crisco instead of lard - now everyone traveling heard about this new ingredient. Instead of celebrity endorsements, P&G landed recommendations from doctors… and rabbis.

Traveling across the country, P&G held society teas in all major cities - introducing the leading citizens to this amazing new ingredient.

Once they had everyone’s attention, P&G helped interested customers start cooking with Crisco by handing out free cookbooks. They didn’t market Crisco - they marketed the cookbook, and the cookbook convinced people to buy Crisco.

Only then - after building a strong base - did P&G start using traditional interruption marketing to accelerate growth.

When Seth Godin first wrote Permission Marketing over a decade ago, it revolutionized the world of marketing. Traditional advertisers leveraged “interruption marketing” to get customer attention, but the effectiveness of this style had been dropping steadily as the sheer volume of advertisements increased. Permission marketing, on the other hand, focused on getting customer attention (with a free cookbook, for instance) before pitching the sale (within the cookbook, for instance). 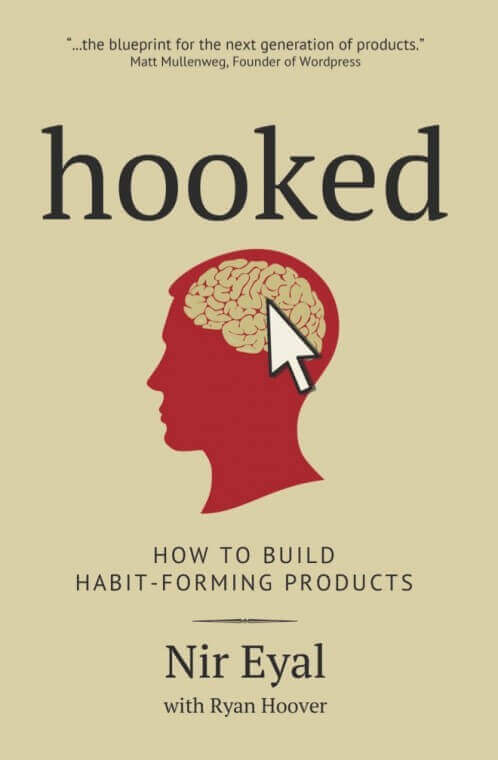 by Nir Eyal and Ryan Hoover

We spend the first moments of our day checking email, hours of our life browsing Facebook and Twitter, and feel compelled to finish long video games. And yet this phenomenon is by no means new.

Most people know that “the house always wins” in gambling, yet that common knowledge has done nothing to slow the growth of the gambling industry. The chance of winning - and the random, pyrrhic “victories” - draw millions of people each year - and over $1 billion every single day.

Why is this? If every gambler knew they would lose money, the industry would collapse. But the occasional winnings and the chance at a large jackpot drive people to spend their hard-earned money again and again.

After successfully starting a number of companies, Nir Eyal dedicated his time to studying habit-forming technology. After years of research, he isolated a number of factors that helped make companies like Facebook so addictive. In this book, Nir Eyal and Ryan Hoover explain the exact steps you need to make your product a habit for your customers. 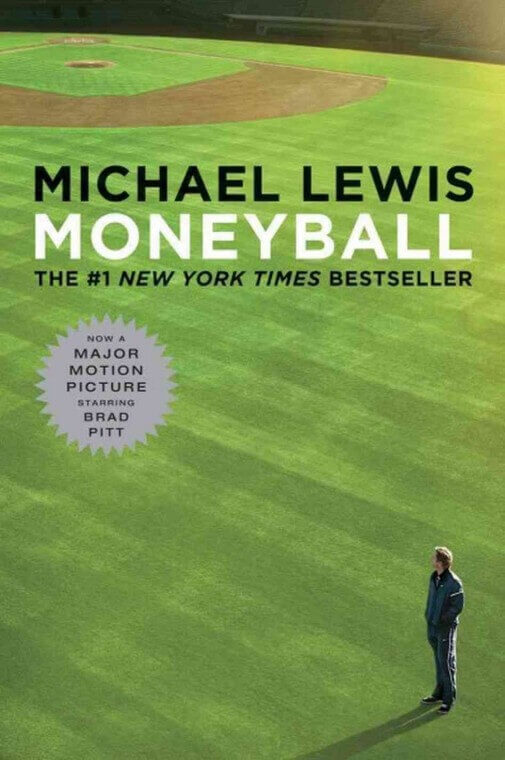 What can a small, underfunded baseball team do to compete? Other teams can spend millions more on player salaries, and no up-and-coming player will join a small team for the prestige. When Billy Beane took over management of the Oakland As, he knew they’d have to do something special to have even a fighting chance at the World Series.

To the surprise of a stunned world, Billy did have a secret weapon - statistical analysis.

Most recruiters relied on intuition to find the best players, and Billy knew from painful personal experience that their bets didn’t always pay off. Instead of trying to find better recruiters, Billy changed baseball forever by using science to choose players.

Using statistics to find hidden gems, Billy cheaply built a dream team of players no one else noticed. And his approach paid off - in 2002, the As set an American League record with 20 consecutive wins.

Just as marketers should use numbers to optimize for growth, Billy Beane applied them to win in baseball. This classic book changed the way we think about statistics and opened a world where the little guy can beat giants through scientific planning. Whether you’re a new startup taking on an established corporation or a small baseball team trying to win on a tiny budget, this book will inspire and empower you. 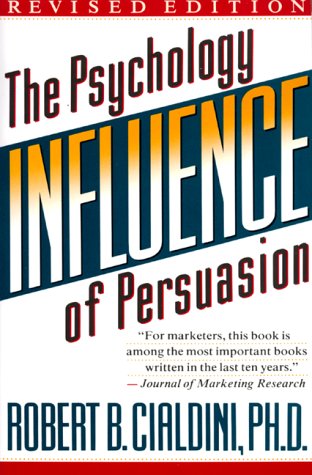 In the early 1930s, the Drubeck brothers ran a men’s tailor shop. Sid handled the sales, and Harry handled the tailoring.

When Sid had a new customer trying on a suit, he would admit to being partially deaf. Throughout their conversation, Sid would repeatedly ask the customer to “please speak up”.

When a customer asked for the price of a suit, Sid would holler to his brother, “Harry, how much for this suit?”. Harry would reply that the price was $42. Still feigning deafness, Sid would ask him to speak up.

“FOURTY TWO DOLLARS!” Harry would shout. Then, turning to the customer, Sid would say, “He says twenty-two dollars.”

Thinking Sid’s poor hearing had given them a tremendous stroke of luck, the customer would quickly purchase the “discounted” suit before Sid and Harry realized their mistake.

In this foundational book on behavioral psychology, Robert Cialdini presents many fascinating keys to successful persuasion. The fun stories will keep you laughing through the book, and you’ll walk away with the tools you need to be more effective at marketing. Just use your learnings ethically - don’t follow Sid and Harry’s example in tricking their customers. 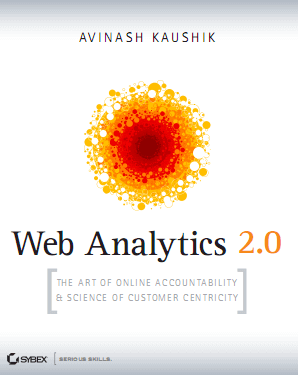 In an edtech startup I worked for, we started with a fairly low conversion rate - about 1% of Adwords visitors purchased.

Through rigorous A/B testing with Optimizely, we were able to steadily improve that number until, about a year later, we converted fully 8% of our Adwords visitors.

How did we do this?

Pretty simple - we looked at our analytics to find opportunities and continually tested new ideas. For instance, we realized at a certain point that some of our visitors clicked the logo to visit our homepage and leave the signup flow.

Testing the hypothesis that people who clicked out to our homepage were less likely to purchase, we ran a quick A/B test and discovered that removing that one link boosted our conversion rate by a couple tenths of a percent - fairly substantial gain for a small change.

In other cases, we used heatmapping software to see how customers read and clicked on our page - then made design changes that made our page meld better with customer behavior.

An experience marketer and Digital Marketing Evangelist for Google, Avinash Kaushik explains all the fun technical details of digital analytics. In this book, he takes the complicated and sometimes dry world of analytics and makes it engaging and fun. You’ll come away better able to reenact Moneyball at your own company. 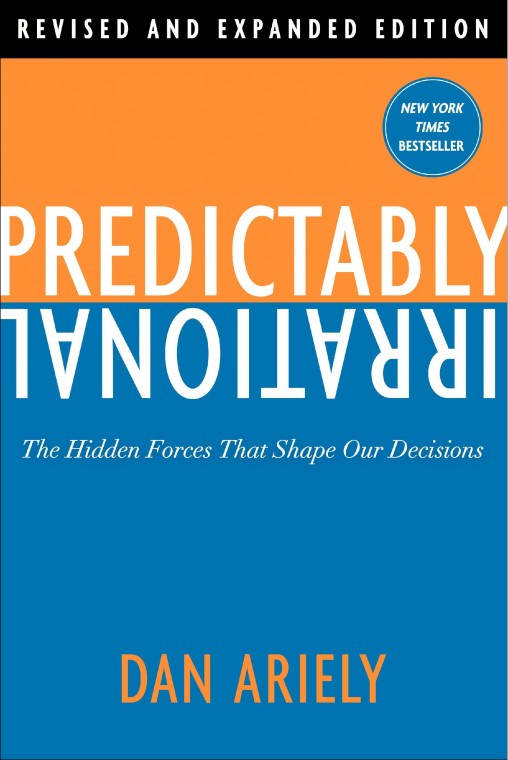 Dan Ariely ran an experiment to see which world motivated people more effectively. Splitting study participants into three groups, he asked each person to click and drag a circle from the left side of a computer screen into a box on the right side as many times as possible for five minutes.

He paid group one $5 and group two $.50 or $.10. For the third group though, he didn’t pay anything - he simply introduced the task as a social request.

As the results poured in, Dan found that people paid $5 performed significantly better than those paid $.50 or $.10 (159 completions vs 101). That part makes sense - people paid more perform better.

The interesting part came when he looked at results from the unpaid people. People who performed the task as a social favor actually dragged more circles than either of the paid groups - 168.

Money certainly can motivate, but it is by no means the most powerful motivator available.

In this beautiful book on behavioral economics, you’ll learn about all sorts of counter-intuitive behavior that effects the way your customers (and you) think. As much as we’d like to think we’re rational in our decisions, it simply isn’t so, and Dan Ariely does an excellent job introducing us to some of the ways that we are universally idiosyncratic. 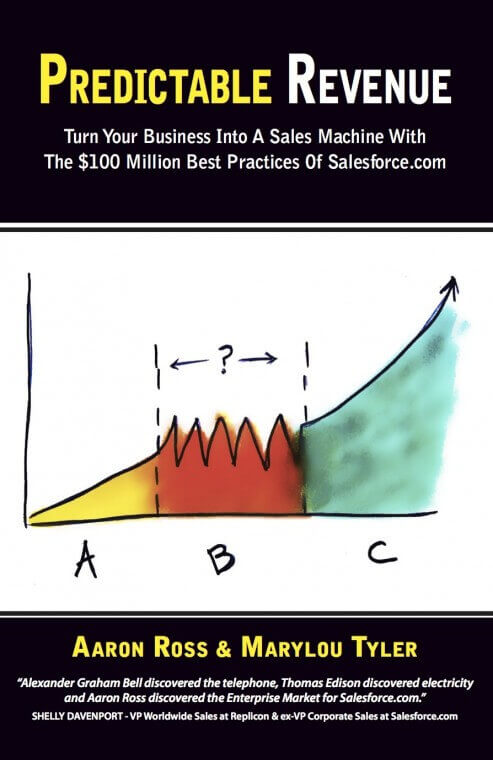 One Friday afternoon at Salesforce, Aaron Ross found himself desperate for new sales leads. He’d taken a junior role at the company to help prospect sales, but things hadn’t been working out well.

Since none of the normal attempts were working, Aaron decided to try something crazy - cold emailing Fortune 5000 executives. These are busy people who often ignore emails from people they know, much less some cold email from an unknown person.

For his experiment, Aaron sent two types of emails.

For the first group, he sent 100 executives a traditional cold calling email: “Do you have these challenges? X, Y, Z…”

For the second group, he sent another 100 executives he sent a simple, plain text email simply asking for a referral to the right person within the company.

Saturday morning, he already had 10 responses!

None of the traditional emails got replies, but the short emails with the clear ask drove a 10% response rate. Building on this major breakthrough, Aaron continued testing and codifying this new lead gen process which he calls Cold Calling 2.0.

Oh, and he sourced $100m in recurring revenue in the process for SalesForce.

In this short read, Aaron Ross explains the ins and outs of this new lead gen process. Whether you’re in marketing or sales, you’ll come away with specific tactics (send messages before 9am or after 5pm for highest response rates) and general principles (focus on the customer’s needs not the product features).

So there are some of the books that have most influenced my learning in growth marketing.

What books do you recommend?