How Stewart Butterfield changed the world by giving up his dreams

Ever heard of Game Neverending? How about the very similar Glitch?  No?  How about Flickr or Slack? Over a decade ago, Steward Butterfield started working on a game concept he called Game Neverending. It didn’t take off, but people loved the photo features in the game.  He pivoted to that one feature and built Flickr. After selling Flickr to Yahoo back in 2004 for north of $22 million, Stewart eventually got back to the game he really wanted to build.  This time he called it Glitch, but despite improvements people still didn’t go for it.  Like the first time though, one of the features turned out to be quite popular: the chat function. Again, Stewart pivoted and is now building the fast growing company Slack (currently 500k daily users).  You should read the full story here. A mop that cleans the floor 10x faster changes the world; a colorful mop that plays music makes for a great Skymall ad. (tweet this) 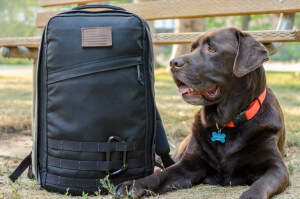 Everything else should point to your central skill

GoRuck is one of my favorite companies right now.  In 2008, Green Beret Jason McCarthy founded GoRuck with the goal of bridging the gap between military and civilian world.  He did this by making outstandingly rugged backpacks and slapping on a lifetime guarantee. Looking for a way to highlight their backpack’s strengths, GoRuck launched their Challenge events: lead by Special Forces veterans, participants work as a team to complete grueling 12 hour long adventures while carrying a backpack filled with bricks.  It’s an amazing event that’s taken on a life of its own, but all the while it highlights GoRuck’s central value proposition: extremely sturdy backpacks. (GoRuck is also an example of amazing customer service: When my backpack suffered a small tear after 2+ years of daily use, they went out of their way to attempt to fix and ultimately replace it.  Amazing end-to-end experience.)

Innovation only matters if your customers want it

Looking for an excuse to share dinner with people much smarter than me, I’ve been running monthly growth meetups here in San Francisco.  As I tried to figure out how to make the events an awesome experience for everyone, I initially settled on three key principles: 1. Keep the groups small (~25 people) 2. Select high-caliber speakers and attendees 3. Host a short “growth challenge” where attendees work together to create a marketing plan Trying to differentiate from other meetups, I felt like this growth challenge would be a key component that would spark interesting conversations and trigger knowledge sharing in all directions rather than just from the speaker to the audience. After each meetup, I send out a short survey to attendees, and the feedback has been fairly steady:  People love the meetup, love the speakers, and are neutral about the challenge.  On a scale of 1 to 5, the challenge normally averages a 3. Recognizing this feedback, I’ve tried different variations of the challenge over the last few meetups - hoping to keep my original idea, but in a slightly different form.  Perhaps if we have a shorter group sharing period?  Maybe if we have more time for discussion? Fewer constraints? More constraints? The feedback has stayed neutral. But perhaps I’d fallen for a dangerous trap: In drinking my own Koolaid, I’d become set on making a particular feature happen - even as people said they didn’t want it. The challenge was removed in the latest meetup. Sometimes an epic experience is just about getting out of the way. (tweet this) What’s your core value and what are the extra whistles that your users don’t really want?