How You Can Find The Next Big Growth Hack

Spotify integrated with Facebook, Uber works closely with local partners, Moz built a massive community, Dollar Shave Club launched a viral video. The history of growth marketing is riddled with brilliant growth hacks. Yet so many of these growth hacks have a short shelf life. Facebook has changed it’s algorithm, local partnerships rarely scale easily, new communities don’t start easily today, and viral videos have always been unpredictable. The first few companies to promote apps on Facebook drove a lot of downloads at an amazing CPA. The rest of us? We just gained another paid acquisition channel that might work with the right optimization.

What Worked For Them Won’t Do It For You

Rather than just reusing old growth hacks, we must seek to uncover new techniques of our own.  (tweet this) To see this in action, let’s look at three email apps that launched over the last decade and a half.  All solved a fairly similar problem, yet each found success using different growth tactics.

In 1996, early email service Hotmail launched. After their first 20,000 users had joined, one of Hotmail’s investors came to the founders with a growth idea to try. At the bottom of each email, they inserted a small advertisement for the company - just one line: “Get Your Free Email at Hotmail”. Now as users emailed their friends and relations, they also promoted this shiny new email service. Within the first 6 months, Hotmail had over 1 million users. Oh, and the entire internet had about 36 million users that year. 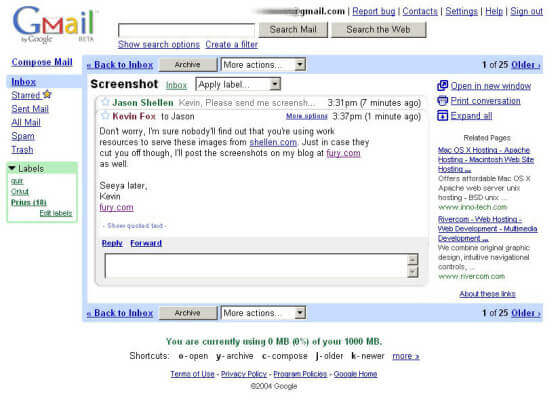 Eight years later, Gmail launched on April 1, 2004.  They had two significant features built into the product: (1) every user got 1GB of free space and (2) their email search performed light years ahead of any competitors.  Gmail launched with a limited beta program - and so many people wanted invites to the system that some invites were actually sold on eBay for $65 - $125 a piece .  Could they have found growth by reusing Hotmail’s signature growth hack?  Perhaps, but the effect wouldn’t have been the same.  In 1996, email was terrible and expensive - convincing people to switch wasn’t hard.  In 2004, Yahoo and Microsoft already had competing services - convincing people to switch required a significantly better product.  Through an amazing product and initial scarcity, Gmail grew quickly - reaching 425 million users in mid-2012. 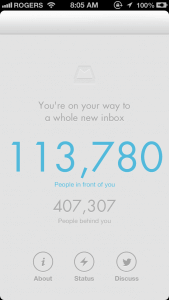 When Mailbox launched in early 2013, they took yet another approach to growth hacking email.  First, the product built on top of email services like Gmail and Hotmail - rather than reinventing the platform, they added value on top with extra productivity features.  Second, Mailbox leveraged a brilliantly structured reservation system.  Before the app was even launched, Mailbox opened an early invite system that took Gmail’s beta invite system a step farther.  In addition boosting virality through exclusivity, Mailbox required applicants to download the app to claim their spot in line.  Once you had installed the app, you could either enter your “reservation code” - if you had one - or you could claim your spot in line.  While most early invite systems focus solely on virality (ie, acquisition), Mailbox required users to actually install the app - making activation that much easier.

Most of the best growth hacks suffer from diminishing returns, but that doesn’t mean you shouldn’t use them.  Facebook advertisements aren’t the gold mine they once were, but they still provide strong ROI if done properly.  Email popovers are older than the hills, but they still drive signups.  And “powered by” attributions like Hotmail’s famous signature are now common knowledge, but they still work.

Just recently, Gleam.io added an attribution link in the bottom of their giveaway apps.  The link gets a very small click-through rate (about 0.006%), but it did increase signups by 474%.  Will that turn Gleam.io into the next Hotmail?  Probably not, but it will certainly contribute significantly to their overall marketing campaign.  Indeed, this single growth hack contributes 30% of their total signups. So we should still use the tired old growth hacks - because they still work.  But while these techniques provide respectable growth, exciting hockey stick growth comes more often from new growth hacks.

So how did AirBnB discover the Craigslist opportunity? How did Facebook uncover the idea of tagging users to build photo engagement? How did Buffer know that purchasing a Wordpress plugin would drive 800,000 downloads? How do you create something from nothing? 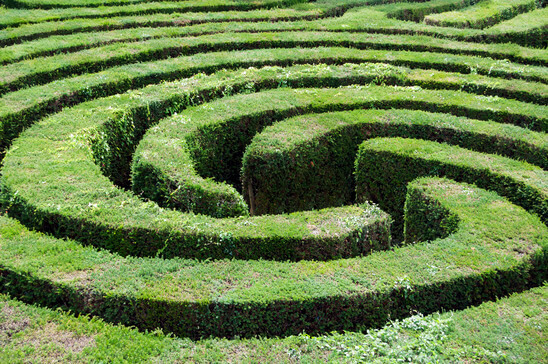 Many of us see the creative process as a painful exercise in futility that (hopefully) ends in a major breakthrough.  A process of banging our head against the wall, meditating endlessly, and eventually reaching a sudden, fleeting epiphany.  Oh, and only crazy people can truly be creative. But what if there is a process to creativity? What if new ideas are really just new combinations of old ideas? (tweet this) In his ongoing search for the next new growth hack, Noah Kagan takes a highly strategic approach.  There’s nothing “magical” about it - just cold, hard logic that statistically guarantees eventual epiphanies. Noah spends about 80% of his time implementing strategies that work.  These are the old, boring growth hacks that everyone knows, the techniques that he’s used successfully before.  This is the time when he doubles-down on a promising growth hack to squeeze out every drop of value. The remaining 20% of his time is invested in research and development.  This is where he spends time seeking the next big win.  How? I don’t know his precise process, but it probably looks something like this:

We like to think that creativity is restricted to verified geniuses but science has shown that that just isn’t so.  Yes, intelligence plays a role, but once you pass a certain level (IQ of 100 - about average in the US) the correlation between IQ and creativity all but disappears.

Build A Growth Machine That Combines Old and New Tactics

So successful growth marketing isn’t some mysteriously magical process only achievable by those initiated in its dark arts.  It’s simply a strategic approach to growth. To achieve success, you need a combination of three types of growth hacks:

Focus most of your time on the first type of growth hacks - marketing tactics that have already worked for you.  This is your most reliable form of growth in the short-term.  Spend the rest of your time testing ideas from the second two groups - if the technique works, move it into your first bucket; if it doesn’t, move on to the next idea. And above all: Stay hungry; stay foolish. Huge thanks to Noah Kagan, Sean Ellis, and Graham Hunter for input on this article!