How to Win Focus and Influence Yourself

That’s probably what Fidelity and Vanguard are trying to tell their customers right now after nearly every other brokerage cut trading commissions to zero in an attempt to choke out Robinhood.

But this is also a popular refrain for those disparaging advertising-based business models in favor of the ever-popular SaaS that VCs dream about. We’ll leave that discussion for another day, but suffice to say it’s easy to “be willing to pay” when you’re in the top 1% of global income. That ghoulish bogeyman of advertising has enabled more free education around the world than even Warren Buffett could shake a stick at. 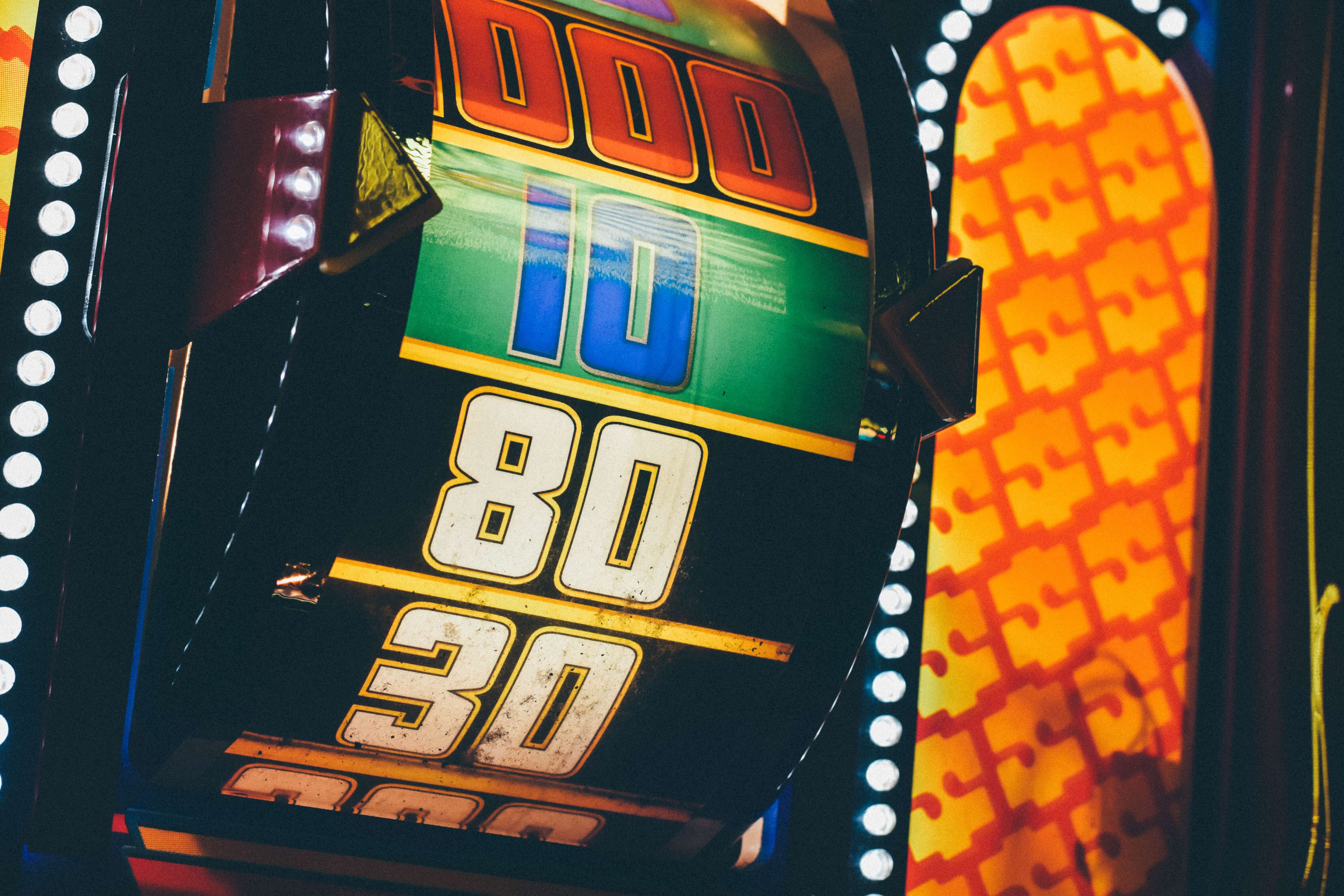 What scares me more is the way that we’ve accidentally turned the entire world into a gigantic slot machine.

Casinos are smart. They build machines with lights and colors and movement and constant but unpredictable rewards. They’ve literally made it fun to lose money. More worryingly, they’ve made it addicting.

Unfortunately, tech companies have been incentivized to think like casinos.

But instead of your money, most online platforms clamor for your time and attention. Much like gambling, you’re rewarded by unpredictable rewards: likes, comments, hearts, emails, friend requests, and all manner of related notifications.

In a world with thousands of pressing problems to solve, we’ve hooked an entire generation of potential problem solvers on The Distraction Machine.

And that’s the bigger problem: distraction.

Even when we’re not scrolling the feed or refreshing our email, we’re thinking about it. Our brains never get a chance to focus, because we crave another quick hit of pleasure; what if someone liked my photo? I better go check.

Ok, let’s get back into it.

So if distraction is ruining our ability to work effectively or enjoy life fully, how can we overcome this? How can we move past distraction and procrastination to achieve that fulfilling life all our social media friends seem to be living?

The first step to calm, focused work is to remove everything that is neither calm nor focused.

You have official permission to skip this section if you listen to Tristan Harris’ podcast with Tim Ferriss.

It’s really good, so go listen to that instead.

No? You just want me to tell you what to do? 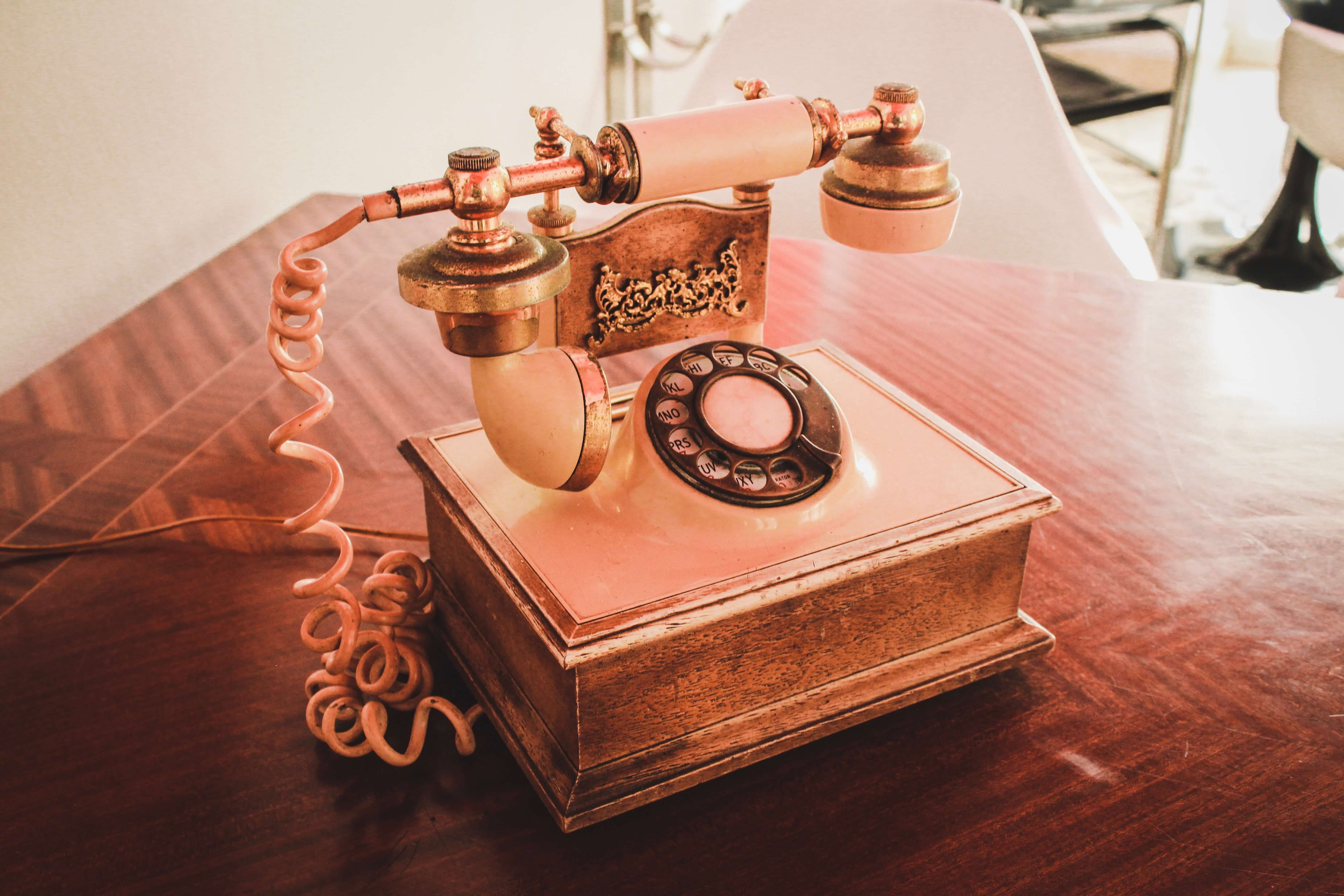 1) Make tech work for you again

Your phone doesn’t pay you a salary, so stop treating it like a job.

Reclaim your life in just a few easy steps:

Phones do have real value and abandoning them won’t solve the problem. Instead, do these simple things to reclaim your time.

That should cover the basics.

When you start getting into focused situations (see below), you’ll probably want to take more extreme steps like setting “do not disturb” for long periods or leaving your phone in a desk draw for a few hours.

Recovery is hard. Be patient with yourself as you disentangle from unhealthy tech.

2) Make your brain work for you again

Ever struggled to focus on a project as other todos kept popping into your mind? 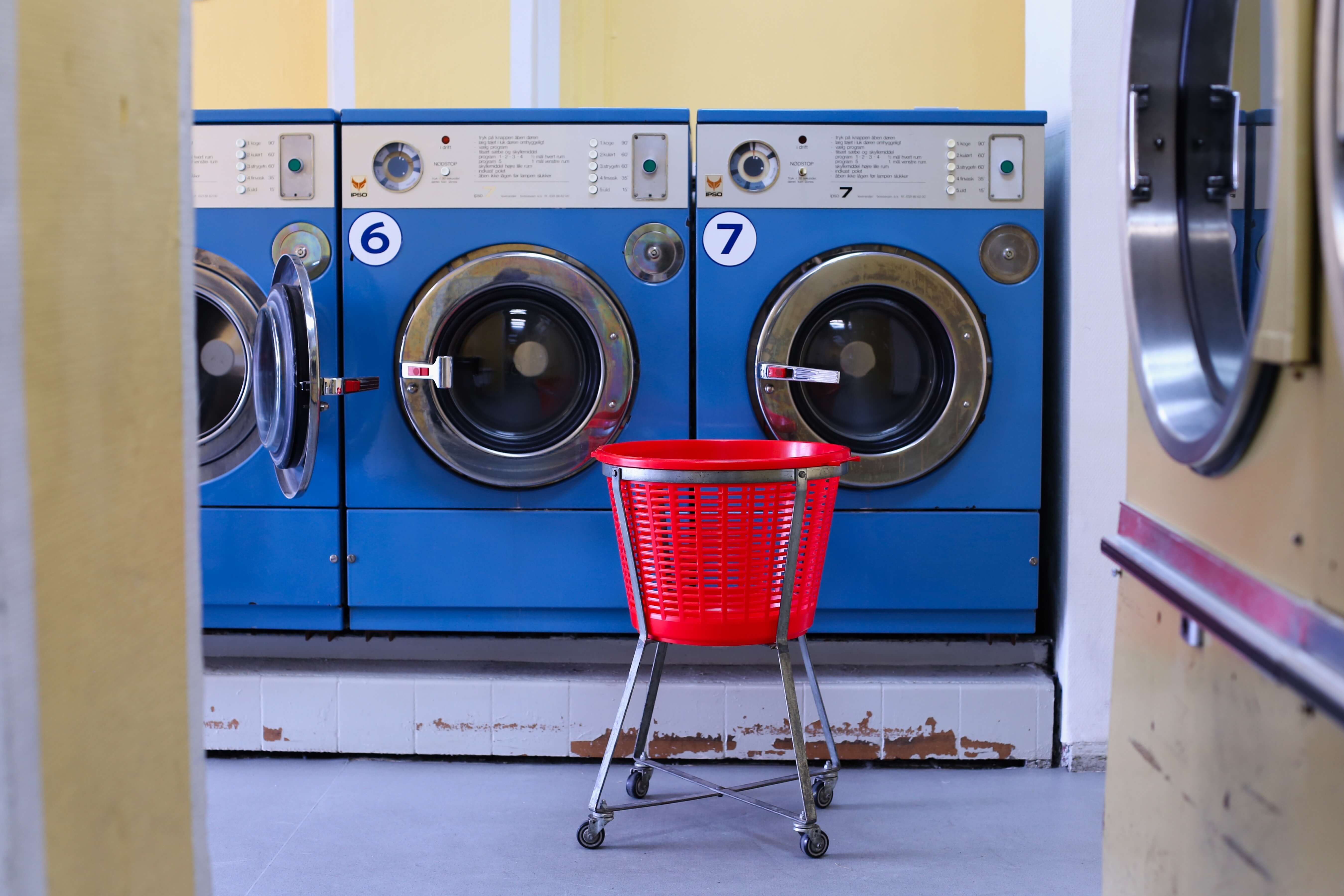 Oh, I need to finish the financial forecast later this week! And I probably should do some laundry tonight. Wait, let me quickly setup a meeting with Sarah to discuss project plans. And I better not forget to get back to John’s email from last week, it’s been four days already!

STOP! I see you thinking about a todo right now. Don’t get distracted right now - read another 18 lines and THEN you have official permission to get distracted (if you still want to).

With all the distraction in our world today, staying organized must be a real superpower. I bet even The Avengers don’t know how to beat their todo list.

Actually, it’s easy. So easy that most people will never do it.

You made it! Well done. Now you’re free to get distracted.

Here’s something to get distracted with: spend 15 minutes writing down everything you’ve been trying to remember.

Then organize it. Personally I use a spreadsheet, but that doesn’t seem to work for most people. I’ve heard great things about todo software.

Just get it out of your brain.

BTW, this based on a system called Getting Things Done. Here’s the 15 minute guide. 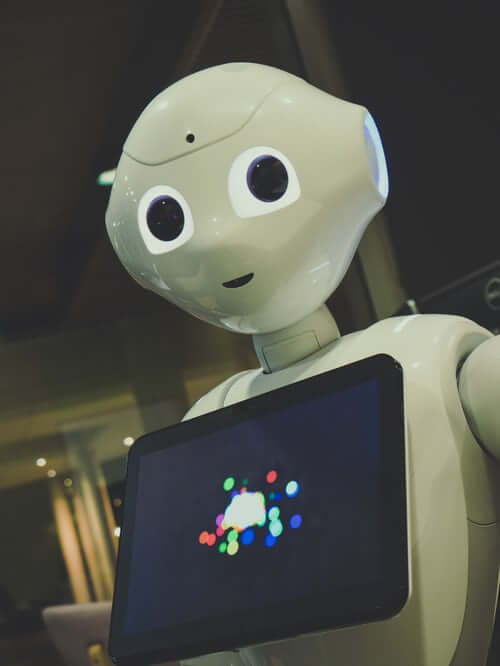 So going back to the theme of tech controlling our world without our awareness, have you ever thought about The Algorithm?

It’s about as helpful as a business advisor who always tells you you’re perfect, and just as pleasant.

But if you want to improve, you’ll need to break out of The Algorithm.

No company exists to help you do this because, frankly, most people don’t want to hear things they don’t already agree with. Challenging your worldview is a bad business model (even WeWork didn’t try anything that stupid).

Curiosity is the Whole Foods version of cocaine. It stimulates the brain, but with fewer of the deadly side effects (unless you’re a cat). 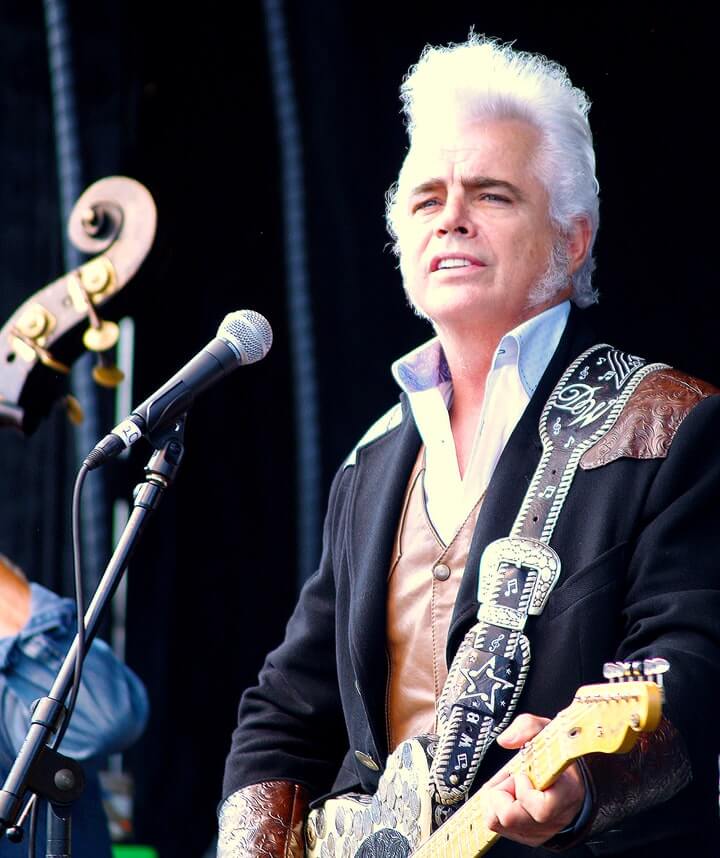 Whether you want to be the next Elvis Presley of programming or the next Kobe Bryant of business strategy, you’ll need to build a T-shaped skill set.

What does this mean? Literally that your knowledge should form the shape of a capital “T”, with a wide knowledge base and a deep expertise in a few areas.

There is no such thing as original thought.

Creativity isn’t actually about creation at all. It’s about new combinations of old ideas; it’s an import/export game between fields and thoughts that don’t normally meet.

The combination of old ideas leads to new discoveries. Like growth marketing, the relatively new area of marketing which combines elements from both engineering and marketing.

Guess what? We all live in bubbles where it’s easier than ever to avoid anything we dislike. Multi-billion dollar companies thrive on the simple premise of recommending TV shows, books, or social media posts that we’ll enjoy. 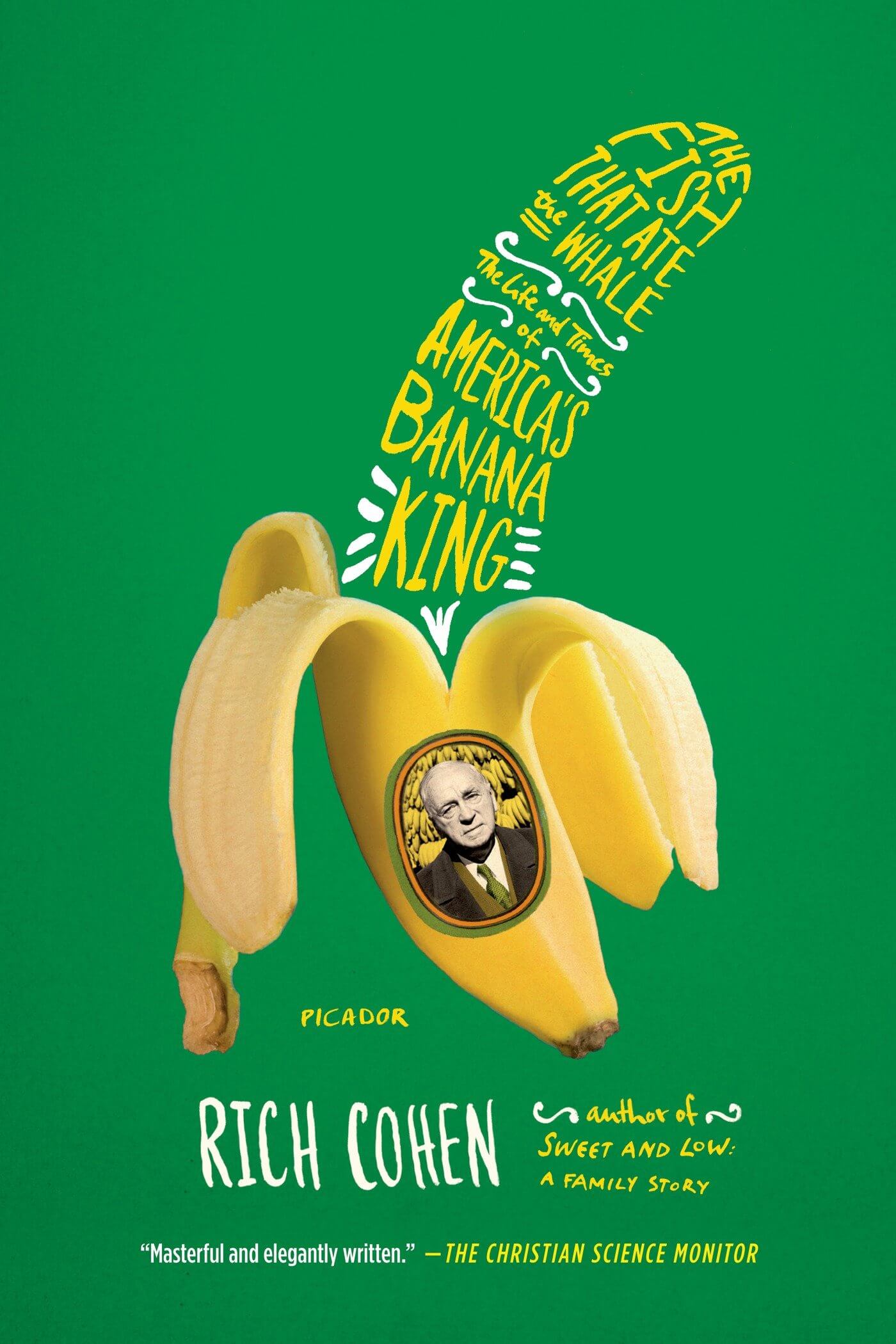 They say the first step to solving a problem is acknowledging that it exists. That’s true, but we don’t seem very eager to take additional steps.

You can wait for companies to reprogram algorithms for education instead of EBITA, or you can eat the frog and do it yourself.

To be clear, I’m not suggesting you reprogram companies’ algorithms. I am suggesting we all invest time and energy in seeking dissenting opinions.

Read The Fish That Swallowed The Whale, but also read The Good Spy.

Remember that T-shaped learning analogy from a few moments ago? Of course not, because you’re just skimming through and missed that part.

That’s OK, I do the same. Never trust a person who actually reads internet articles top to bottom.

If you missed T-shaped learning, just go back to “Pursue curiosity” to catch up.

The point is, we’ve explored how you build the breadth of your T, but not how to go deep to build the pillar which the T stands on.

Follow closely, because these are the secrets in plain sight. Most people simply never take the time to apply them.

“Given a limited amount of time, we have two choices: ignore reality and try to make everything work or focus on the one or two areas that will have the greatest effect…” - Myself, 5 years ago

Just imagine where I’d be if I’d actually applied that instead of just writing it down. 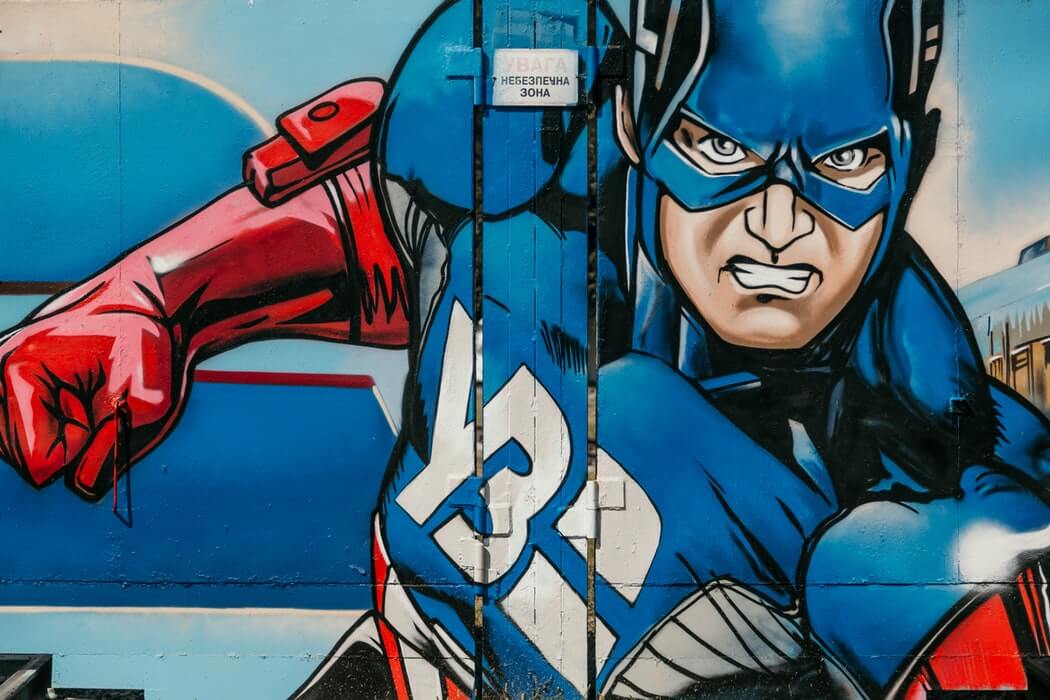 Rhodes Scholars tend to have impressive resumes. They’ve won awards and started companies and saved our planet; they must be superhuman, right!?

Not so much. They actually tend to have two embarrassing secrets:

As the famous allegory goes, you can only eat an elephant one bite at a time. If you try to eat an elephant in one single gigantic bite, you’ll only land in the hospital with a broken jaw.

So prioritize well and focus on the 1-2 things that really matter.

Bonus points if you organize yourself through quarterly OKRs, essentially Testing Driven Design for life.

I’m proud of you for finishing this article (thank you!), but unfortunately you don’t get any life points for reading about how to be more productive.

I’d be willing to bet a bushel of life points that you’ve probably heard most of this advice dozens of times already.

So that’ll have to be a no from me on the life points.

BUT! All is not lost.

You can still win life points.

You just will have to do the hard work of applying what you read.

Not all of it. Not even most of it.

Just pick one thing that you will practice for the next 4 weeks. It could be turning your phone to grayscale. It could be reading a book with a viewpoint you disagree with. It could be implementing a Getting Things Done system that works for your life.

Pick one thing, and do it! Just do it!