Good marketing boils down to two primary areas: perfecting standard processes (like AARRR metrics) and uncovering new innovations (popularly termed “growth hacks”).  Hopefully this series on clever growth hacks will inspire new ideas that push the envelope. Casey Neistat - two years ago he was a decently well known innovative filmmaker.  Today, he’s one of the best known YouTube celebrities. His channel has over six million subscribers, and his videos regularly get one to four million views each. But it wasn’t always this way. Casey’s channel grew in two waves:

(Data: SocialBlade.com) #1 Slow burn (2012 - 2015) Six years ago, Casey created his channel and started publishing high-quality short films.  And for about five years, he published one to two dozen videos each year.  Most didn’t get a lot of traction, but some went viral in a big way.[1. Casey’s Most Popular Videos] During this time, his channel was growing by ~20k new subscribers each month. #2 Exponential growth (early 2015 to late 2016) Then on May 26, 2015, Casey launched his daily vlog. Suddenly his videos per year skyrocketed from ~20 to more than 365! These daily vlogs weren’t necessarily as meticulously planned as some of his earlier multi-day shoots, but his skill as a filmmaker shone through as he pushed the vlogging envelope with new techniques like drone shots and timelapses. During this time, his monthly subscriber growth scaled rapidly tao 150k, then 300k, and eventually hit 850k on the back of a particularly successful month.

Growth lesson: Doubling Down has an Exponential effect 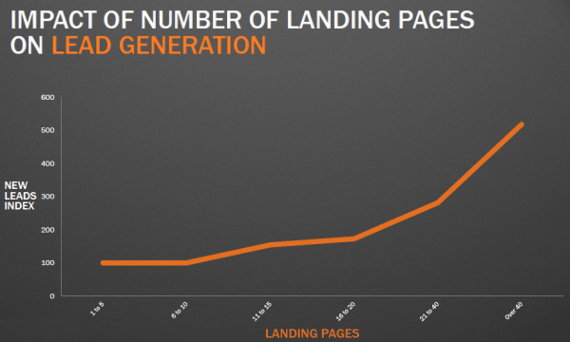 This principle holds true in other areas.  In 2012, Hubspot found that the number of lead pages correlated to the volume of leads generated.  This sounds obvious - the more campaigns you’re running, the more lead pages you’ll have, the more leads you’ll have. But here’s the interesting part: going from four to eight landing pages had almost no effect.  But moving from 10 to 15 landing pages correlated to a 55% increase in lead volume.[2. Why You (Yes, You) Need to Create More Landing Pages] What if you do twice as many webinars? Or twice as much email segmentation? Or what about just making one small marketing improvement every day? Bonus effect: Quality goes up Quantity matters; quality matters. In the tug-of-war between these two anchors, we often tend to gravitate toward quality - waiting to ship until it’s perfect.  In real life though, quality tends to follow quantity.  If Casey hadn’t forced himself to publish daily, he never would have uncovered many of the innovations that he did during this period.  Start shipping and improvement will suddenly show its face more often.